Yanks Behind the Lines 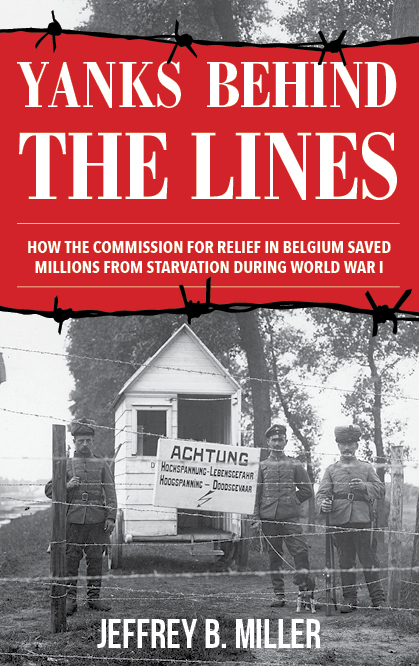 Yanks Behind the Lines: How the Commission for Relief in Belgium Saved Millions from Starvation during World War I. — to be published by international book publisher Rowman & Littlefield October 22, 2020 — summarizes the full story of the Commission for Relief in Belgium thematically with chapters dedicated to all the critical issues. Individual personal stories are interwoven into the big picture to create a compelling read about this little-known but hugely important humanitarian program that changed the way the world saw America and how Americans saw themselves on the world stage. Those who are followed include Herbert Hoover, numerous CRB delegates, Brand Whitlock (minister of the US Legation in Brussels), Emile Francqui (head of the Comite National),  and Erica and Edouard Bunge, a 22-year-old Belgian woman and her father. 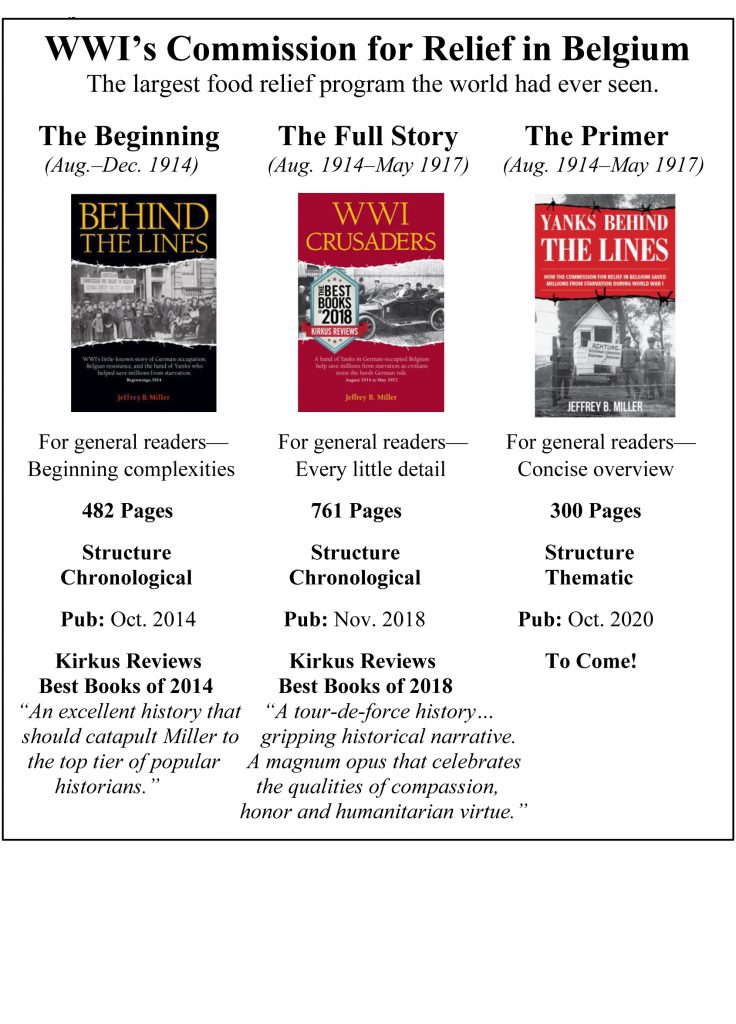 Miller brings a complex story to vivid life, astutely explaining the political and cultural landscape of Belgium but also the unfolding conflict. . . This is a powerful work of history, as informative as it is dramatically gripping. An impressive blend of painstaking historical scholarship and riveting storytelling.
— Kirkus Reviews

An important and unique contribution to World War I histories, Jeff Miller’s meticulously researched book fills the void of an often-forgotten aspect of the war—US humanitarian efforts. This is a beautifully written story about one of America’s finest hours.
— Ed Klekowski, editor of World War One Illustrated

It will be a revelation for many Americans to discover Jeff Miller’s excellent account of the ‘piratical state organized for benevolence,’ which helped position the United States as a moral force for good in the world at the outbreak of the 20th century’s first world war. Herbert Hoover’s leadership in the enterprise may come as an even greater surprise, and Miller’s knowledgeable account unveils this forgotten history for us all.
— Margaret Hoover, host of PBS’s Firing Line with Margaret Hoover and great-granddaughter of Herbert Hoover