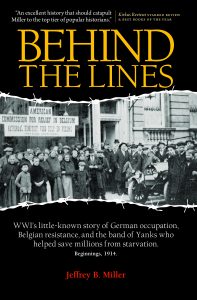 Behind the Lines: WWI’s little-known story of German occupation, Belgian resistance, and the band of Yanks who helped save millions from starvation. Beginnings, 1914. — published in October 2014 — focuses on the first five critical months, August to December 1914. I’m proud to report that Behind the Lines has received national recognitions and reviews, most notably a Kirkus Starred Review (only about 760 out of 10,000 books annually reviewed by Kirkus are given a Starred Review), and inclusion in Kirkus Reviews’ Best Books of 2014. The Kirkus Starred Review ended by stating: “An excellent history that should catapult Miller to the top tier of popular historians.” (I’m still waiting for the catapult!).

“Miller writes that his goal was to write for people ‘who never read history books’; he accomplishes that splendidly, while also creating a work that scholars will admire. An excellent history that should catapult Miller to the top tier of popular historians.”
Kirkus Reviews Starred Review

“This fascinating book tells the little-known story of the Belgian resistance during World War I. . . Miller’s style is more anecdotal and journalistic than that of a historian or an academic. . .Writers like Miller bring to life the people, the heroes we do not know, and this alone is reason enough to look forward to his next book.”
Foreword Magazine, Monica Carter

See all book reviews and interviews.

Three Ways to Read The Story 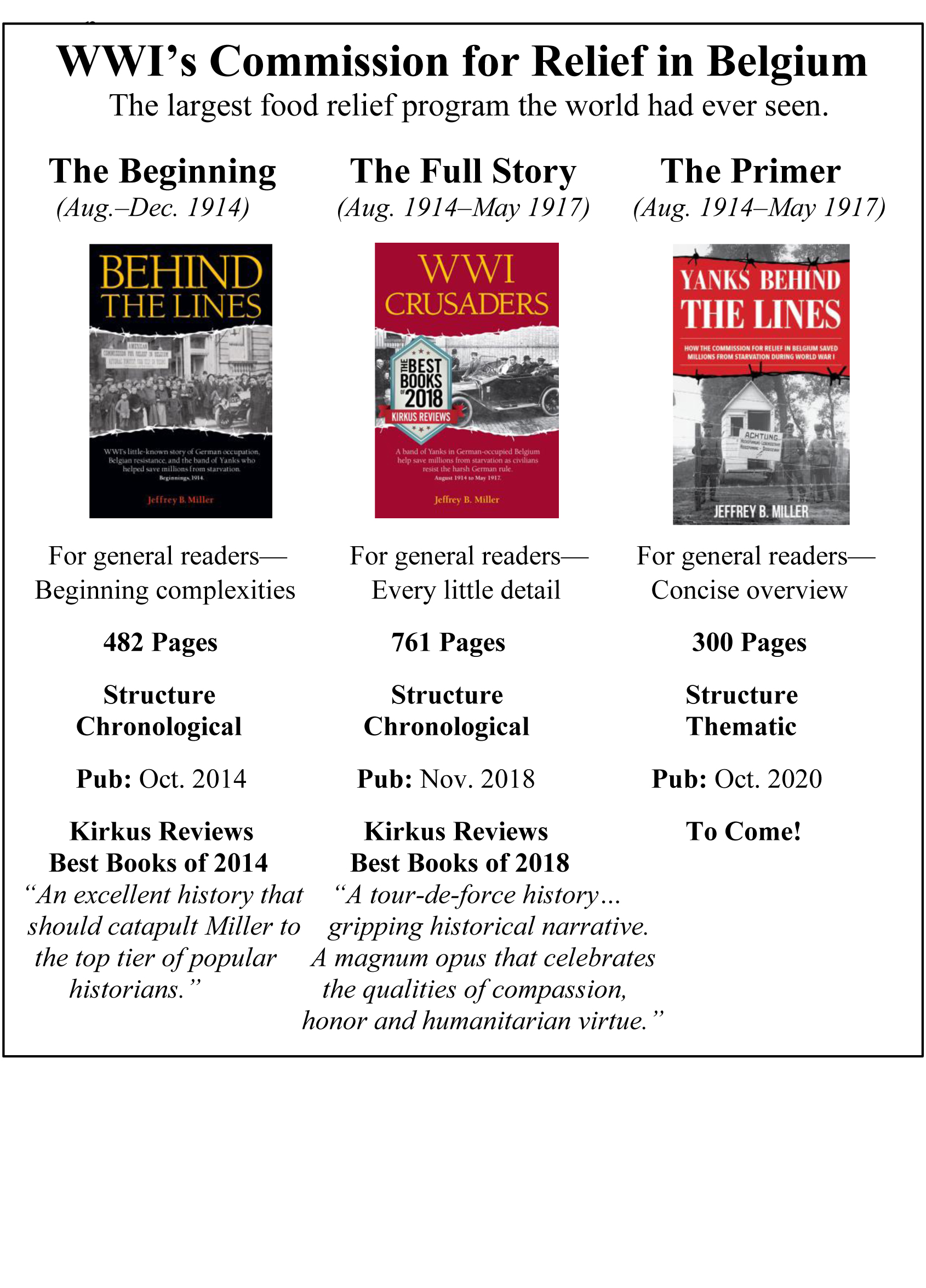